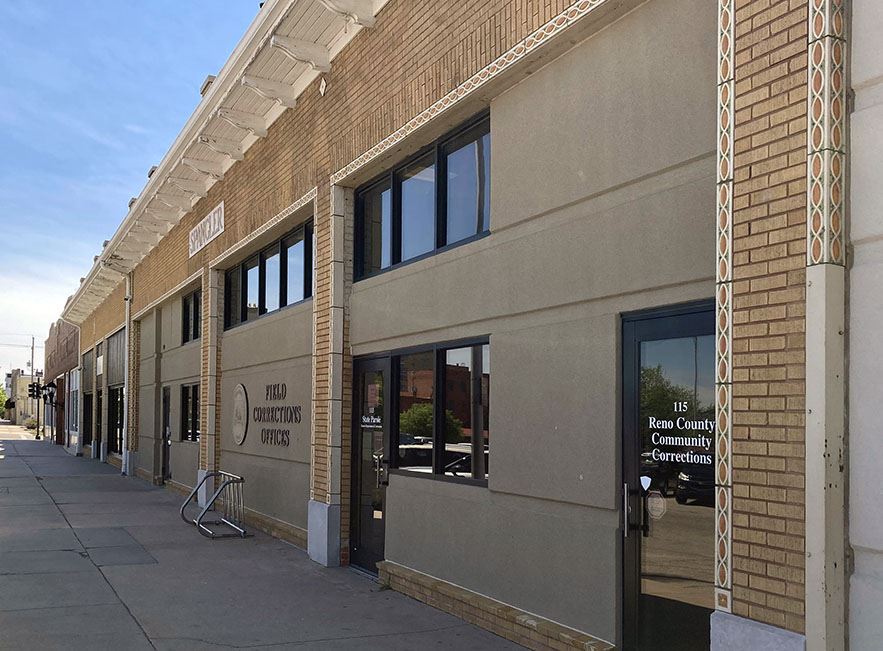 Community Corrections assists people in Reno County who have been convicted of a felony crime to make changes in their lives.  This is done through frequent contacts with their probation officer, drug testing, and referrals for appropriate services.  Officers help people overcome barriers, teach them news ways of thinking, reinforce positive behavior, and sanction negative behavior.

What is Community Corrections?

Community Corrections in Kansas was established through enactment of K.S.A. 75-5290 by the 1978 Legislature. Initially, community corrections was optional and counties were not required to establish a program. With the adoption of Senate Bill 49 in 1989, the 89 counties not previously participating were required to establish programs—either singly, in groups, or by contracting with others. Services in most programs were targeted at adult offenders; however, the 1994 Legislature provided for statewide expansion of juvenile services through community corrections agencies. Upon establishment of the Juvenile Justice Authority, responsibility for all state juvenile offender programs, services, and grant administration was transferred to that agency on July 1, 1997. The 2000 Legislature approved legislation defining a target population to be served by all community corrections programs.

Who Does Community Corrections Supervise?

The target population of Community Corrections includes adult offenders who: